Music has an inside, where one can find the essence.
Camiel Boomsma approaches every piece from this vision.
He looks for the deepest, the invisible, the elusive.
The innermost side of music.

Master pianist Camiel Boomsma is praised by press and public for his remarkable maturity, his extraordinary sound and unique touch. His playing emphasis on telling the musical story. Boomsma has performed worldwide at many major venues including the Concertgebouw in Amsterdam, St John’s Smith Square in London, Klavierfestival and Wagner Festspiele in Bayreuth, the series Master Pianist in Heerlen (NL), Schloss Elmau (DE) as well as in many key venues in China.

Boomsma has received great critical acclaim for his Wagner journey. His recordings for EtceteraRecords with Wagner transcriptions and Porazzi, published in 2015 and 2016, received excellent reviews in BBC Music magazine (5 stars), Diapason (4 stars), Trouw, NRC, De Volkskrant, Luister Magazine, Classica and many more, and have been broadcasted extensively by France Musique, Dutch radio 4, Hr2Kultur and ORF. His first CD with Challenge Records is dedicated to Chopin and Schubert and received rave reviews worldwide. Dutch newspaper De Volkskrant wrote: “Boomsma has velvet attached to his fingers!”

Camiel loves to play chamber music as well and he performs on a regular basis with master pianist Severin von Eckhardstein and violinist Gwendolyn Masin. 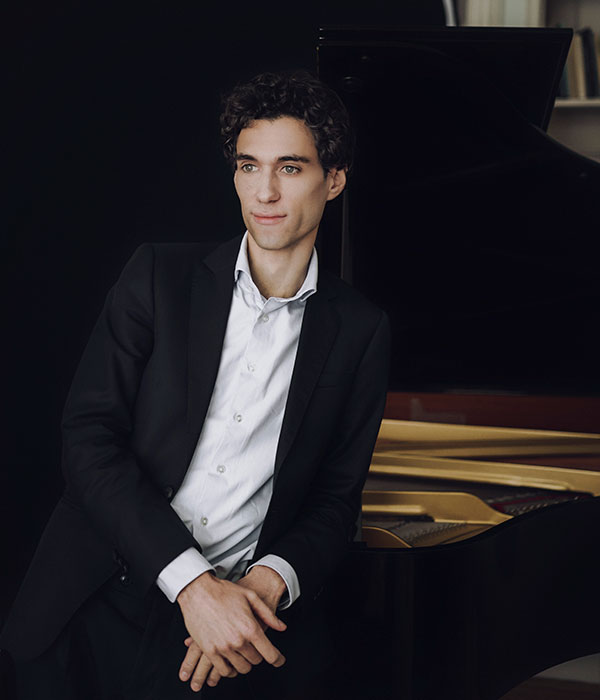