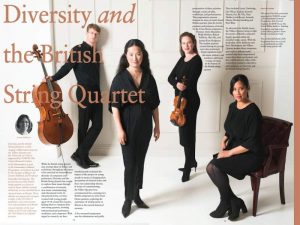 We are delighted to announce that cellist Leo Melvin has joined the Villiers Quartet!
Leo is London-born and graduated with honours from the Guildhall School of Music and Drama, where he studied on full scholarship, with Richard Lester. Leo also studied in Hamburg, Germany with professors Kleif Carnarius, Claudio Bohorquez and Troels Svane. He has performed with the London Symphony Orchestra, the London Philharmonic Orchestra and Philharmonia Orchestra, given solo and chamber recitals across the UK, and he also teaches cello and piano in London.
Leo has performed several Concerti (including Dvorak, Schumann, Haydn D and Brahms Double) with various orchestras such as Sinfonia D’Amici and Kings Sinfonietta and recorded a solo cello track for Howard Goodall’s CD release ‘Enchanted Voices.’ In October 2013, Leo was invited to play with the Chamber Orchestra of Europe on their Academy Program and has performed with the orchestra in Dijon.

Leo comments “I am really honoured and hugely excited to join the Villiers Quartet. I have worked for some years now as an orchestral musician and a teacher, but all the while I was playing chamber music with friends and colleagues and it was always my favourite thing to do. I have dreamed of being in a professional chamber group for some ten years now, and despite finally achieving my goal at such a difficult time for professional music-making I am still extremely excited and feel so privileged to work on and perform such great music with such wonderful musicians as the members of the Villiers Quartet. In short, I’m ecstatic to be here and can’t wait to get to work!”

We are delighted to welcome Katie Stillman, you can read the announcement on their website: http://villiersquartet.com/2020/06/08/newfirstviolinist/
You can hear Katie play with Tamaki and Carmen in Dvořák ‘s Cavatina from Miniatures Op. 75a: https://youtu.be/8XjI5sApjac