“…These performances are sincere, imaginative
and fresh as paint…” Gramophone (UK)

Although the basis for this trio is obviously Mozart’s Kegelstatt Trio, the trio are also strong advocates of contemporary music. The trio started off in 2016 and released their first CD in 2018, for which they received rave reviews internationally.

The individual members of the group, have performed as chamber musician all over the world: In addition to being a member of Daniel’s Beard chamber ensemble in Glasgow, Jean Johnson plays in a duo with her husband, pianist Steven Osborne. She has performed in the Concertgebouw Amsterdam, Carnegie Hall, Palais des Beaux-Arts Brussels, Esplanade Singapore, Mostly Mozart Festival in New York City, “Spannungen” Heimbach Germany, Bath Music Festival, Hindsgavl Festival Denmark, Schwetzingen Germany, Prussia Cove, Huddersfield Contemporary Music Festival, St. Magnus Festival, and Sound Festival. Roeland Jagers is a passionate chamber musician and was a founding member of the Rubens Quartet, laureate of several international competitions. Roeland has performed at the Concertgebouw in Amsterdam, the Tonhalle Zürich, the Konzerthaus in Vienna, the Philharmonie in Berlin and at international festivals such as Mecklenburg Vorpommern and Schleswig Holstein (Germany), Larzac (France), Kuhmo (Finland), El Paso Pro Musica, Sitka Music Festival and Indiana University Festival of the Arts (US). Ilona Timchenko, was winner of the first prize in the Third Abstract Securities Landor Competition in 2007, and of more than 20 prizes at International Competitions, among them 7 First Prizes. She appeared in recital at Wigmore Hall, Philips Hall in Holland, Vienna Musikverein, Amsterdam Concertgebouw, the Great Hall of the Moscow Conservatory and Madrid’s Monumental Theatre. Ilona is artistic leader of the Peregrinos Musaicales Festival in Santiago de Compostella, Spain.

Read more about Metamorphoses on their Facebook page https://www.facebook.com/metamorphosestrio/?ref=nf 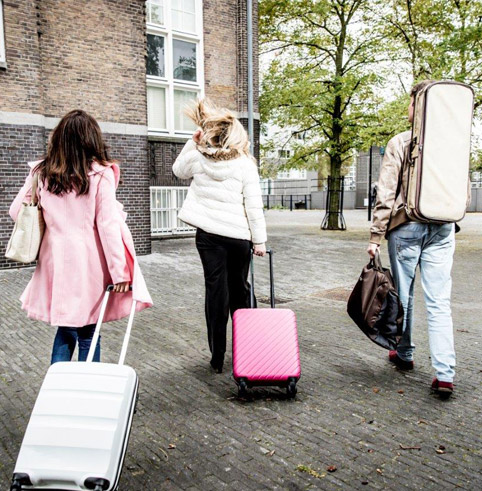 “…I have nothing but admiration to express for the playing of these three musicians. British-American clarinettist Jean Johnson is nothing short of phenomenal.” Fanfare Magazine, USA

“…This is a stand-out performance. I would not hesitate to recommend this ensemble and this disc to anyone. It is highly enjoyable and stunningly performed. Music is in fine hands for the future with young artists of this calibre…” Daily Classical Music, Australia.